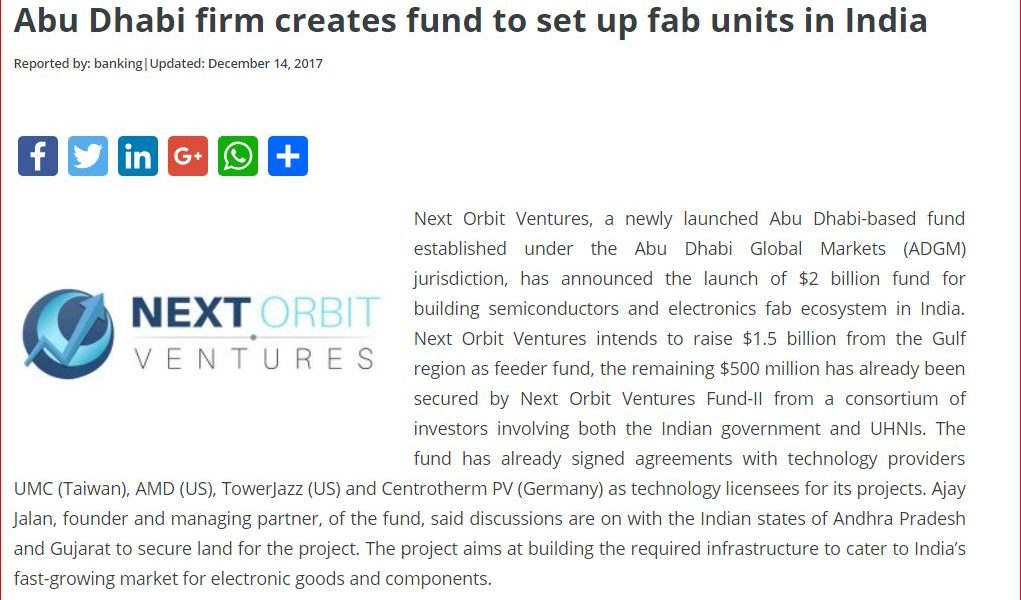 Next Orbit Ventures, a newly launched Abu Dhabi-based fund established under the Abu Dhabi Global Markets (ADGM) jurisdiction, has announced the launch of $2 billion fund for building semiconductors and electronics fab ecosystem in India. Next Orbit Ventures intends to raise $1.5 billion from the Gulf region as feeder fund, the remaining $500 million has already been secured by Next Orbit Ventures Fund-II from a consortium of investors involving both the Indian government and UHNIs. The fund has already signed agreements with technology providers UMC (Taiwan), AMD (US), TowerJazz (US) and Centrotherm PV (Germany) as technology licensees for its projects. Ajay Jalan, founder and managing partner, of the fund, said discussions are on with the Indian states of Andhra Pradesh and Gujarat to secure land for the project. The project aims at building the required infrastructure to cater to India’s fast-growing market for electronic goods and components. 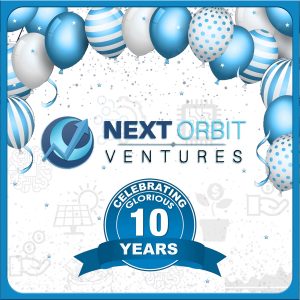